Known for her work on Apple TV+’s SERVANT and NBC’s NEW AMSTERDAM, Katie draws from a 70’s SoCal rock background while expounding on what it means to be Asian American in the Americana genre. Known for his work as Transformer “Hot Rod” on Cartoon Network and Netflix, Travis draws from his Jersey boy background while deconstructing what masculinity means in the rock genre.

Their single “I’ll Still Be Here” (produced by The Cutting Room’s Joseph Colmenero) was recently selected as 1 of 58 Semi-Finalists (Americana genre) out of 10,000 worldwide entries in the 2021 Unsigned Only competition. This and the duo’s prior releases, including the retro soul “Ride In” and Hank Williams’ “Long Gone Lonesome Blues” acoustic cover, have received airplay on four continents and been featured on blogs including The Women of Country.They recently partnered their currently released catalogue with publishing/licensing co. Music of the Sea, and prior collaborations include songwriter/publisher Kirsti Manna (Blake Shelton, Big & Rich) and producer Marley Marl. Travis’ original music has also previously been featured at the Beacon Theatre, Hulu Theater at Madison Square Garden, and Radio City Music Hall. Shared billing on past shows include Jai’Len Josey, Ali Stroker, and Syd & Mike. Katie & Travis individually have performed at the Beacon Theater, Yankee Stadium, Carnegie Hall, and the Hulu Theater at Madison Square Garden.

Upcoming is the release of their pop-punk update of 4 Non Blonde’s “What’s Up?” on 9/3/21, coinciding with a single release party and show produced by Times Square Alliance and Broadway Buskers at the Broadway Plaza stage in Times Square later that day, and an EP due in spring of 2022! They will return for another performance at NYC’s Little Island on September 29th, following their previous at capacity performance at The Glade stage. 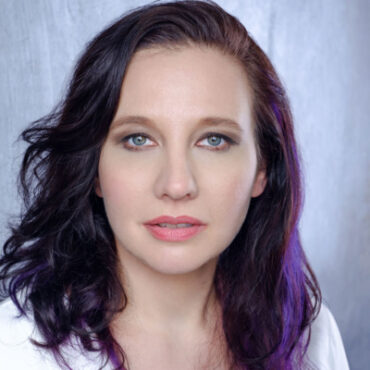 Natalie is a multi-award-winning recording artist who’s acclaimed for her thrilling vocals, heartfelt lyrics, and extensive knowledge of the music industry. Natalie Nicole has thirteen (13) solo albums and an additional seventeen (17) singles to her credit. In addition to her tenure in music, she has more than 10 years in broadcast radio as a radio host and voiceover talent, and has done national commercials for McDonald’s, Cadillac, Quiznos, and other international brands. She built her […]